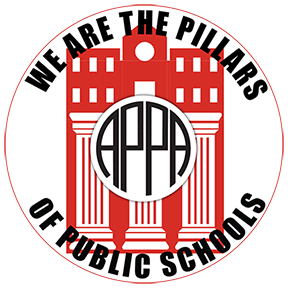 Our Coordinates
Powered by Ajaxy

Founded in 1961, the APPA is one of the largest support-staff unions in North America. The size our our membership (more than 5 500 members for two school boards) places us in a very strong position. Nevertheless, size alone cannot guarantee results and, in fact, it is the work of the elected representatives and their constant attention to members’ needs and preoccupations in the workplace, that permit the union to carry out its mandate successfully. Through a strong and democratic structure, the APPA is better equipped than most unions to reach its objectives – objectives issuing, not from the executive, but from the members themselves.

Since its conception in 1961, the APPA has maintained a tradition of participatory representation and has met many challenges. In 1981, the APPA succeeded in unionizing Day Care Service personnel at the CECM. In 1988, lunchtime Student Supervisors at the CECM were also unionized by the APPA. With the amalgamation of school boards on July 1, 1998, the APPA’s reputation as a credible and honest union allowed it to convince EMSB employees of it merits and, in the following elections, obtain a majority of votes. In May of 1999 the APPA welcomed support staff employees of the new English Montreal School Board into its ranks.

The APPA-CSN is, above all, a tool for the preservation of justice and equality. This is what our members clearly want, first and foremost, from their union. Employers, too, have learned to respect the mandate that our members have given us to defend their rights and the principle of fairness in the workplace. We know that the determination to defend our rights, and to stand up for what we believe in, can only be guaranteed through the diligence, involvement and vigilance of our members and through the active democratic process that is the cornerstone of the APPA-CSN decisional process.

The following is a text written by Jean-Paul Auger, first president of the APPA from 1961 to 1963 and who is now retired, describing how the APPA came into being.

“I remember that Jean-Robert Gauthier, a CSN counselor, and myself went to the CECM to present our case. Facing us was Mr. Eugène Doucet, then president of the Montreal Catholic School Board. Mr. Doucet was a man with a severe expression who rarely smiled and whom, we knew, was against the idea of unionization.

After introducing ourselves, Jean-Robert spoke of the favourable aspects of unionization with a finesse that seemed to be appreciated by the president. Nevertheless Mr. Doucet responded with a firm argument against unions claiming that they made exaggerated demands which caused difficulties for the companies or organizations in which they were integrated. After this tirade, it seemed wise not to persist in this vein. We simply responded by saying that a healthy working climate for employees was an advantage for all concerned.

We had prepared a scenario based on three main themes: the creation of confidence between the employer and the employees; security of employment; and a general raise in salary of $200.

We had already decided that my intervention would be brief and direct. Sitting there facing the president of the CECM, I had to hide my feelings of insecurity as I spoke up to defend our position. It was important that I express the need to counteract changes that could come about through coming school board elections as well as those resulting from the election of Jean Lesage in 1960 which had already made school board employees fear for their jobs. In our opinion, the only solution was the creation of a union.

The subject of a raise in salary was a delicate issue, particularly because, at that time, it was the President of the School Board who determined the salaries of the employees. There was also the fact that people doing identical work were paid at different rates. The president’s first reaction was to claim that the new administration could not allow for any additional expenses. After consulting his notes concerning each employee, he promised us that he would consider our request.

To our own astonishment, we succeeded! A better working climate, the creation of a union, and a possible raise in salary of $200.00, who could ask for more? The signing of cards began immediately. In just a few days we had the necessary numbers to permit a request for accreditation. It was being said that on the fifth floor of the CECM, the president himself was ecouraging employees to sign the cards!

It would be an injustice were we not to mention that the person upon whom all of this depended was Emmanual Madore, since it was he who took it upon himself to do all of the necessary research, contact the CSN at the outset, and participate energetically in the campaign to get the cards signed. This was not an easy thing to do as, at that time, predjudice against unions was very predominant.

Although Emmanuel Madore would have been the logical candidate for union President, he refused this honour due to the fact that he was intending to retire in the near future.

How did we come up with the name for the APPA? In those days, many of our members were unwilling to be identified as members of a union. Perhaps some did not appreciate being called “workers”. In any case there were a number of people who would only sign their union cards if the word union was not present in our title. In order to satisfy all concerned, the name Association professionnelle du personnel administratif, was proposed and approved.”

We will always be thankful to those who fought to establish a union and who paved the way for all of us. As a result of their courage, the APPA is here to stay and continues to fight for the respect and working conditions our members deserve. 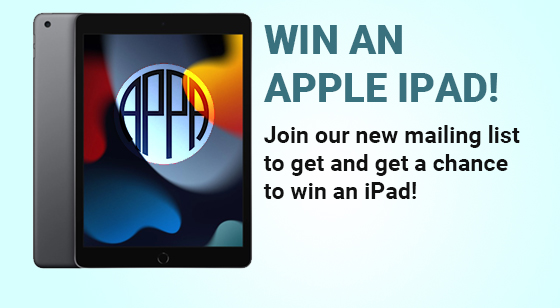 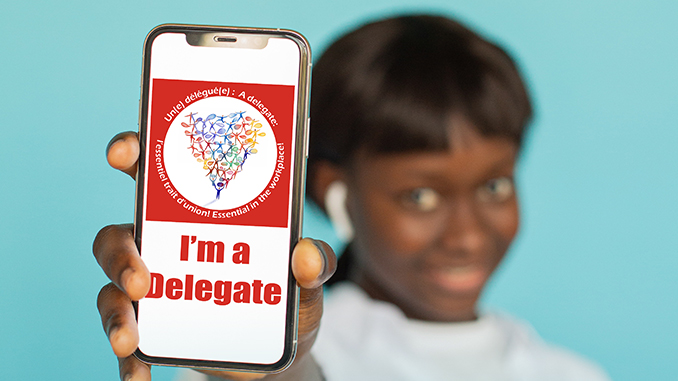 As we enter another negotiation, it’s important that each workplace have a delegate or liaison.
More Information 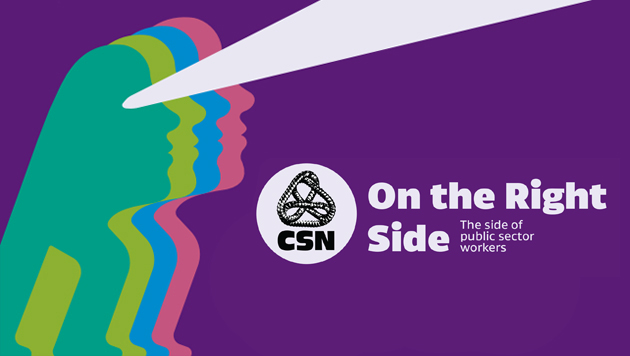 Information on the 2023 collective agreement negotiations and actions.
Visit Page 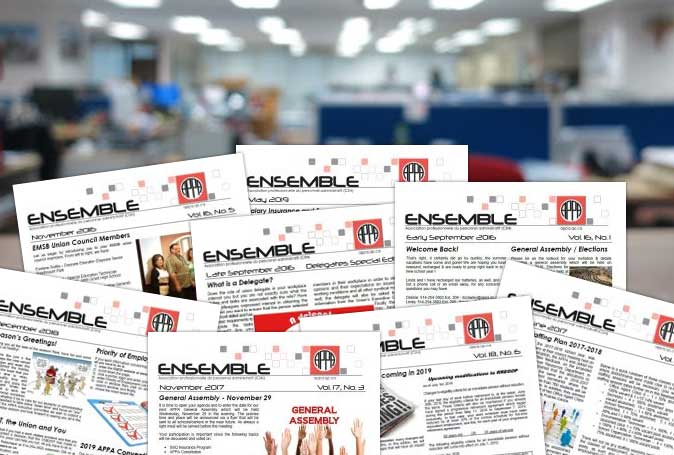 The Ensemble Newsletter is published monthly with news and tips from your union.
Visit Page 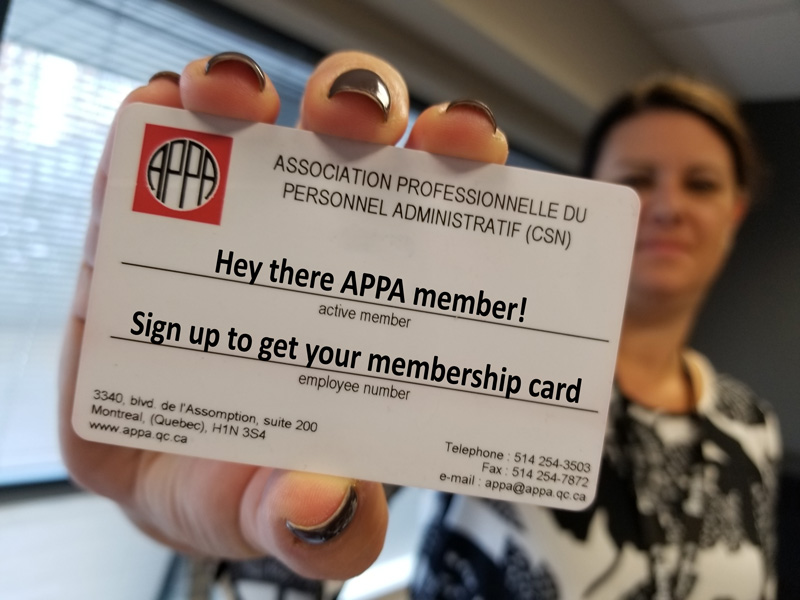 It's important to get your membership card to prove that you are a member of our union.
Order Form

Are you an APPA member? If so, join our new mailing list to receive important union information and get a chance to win an Apple iPad! 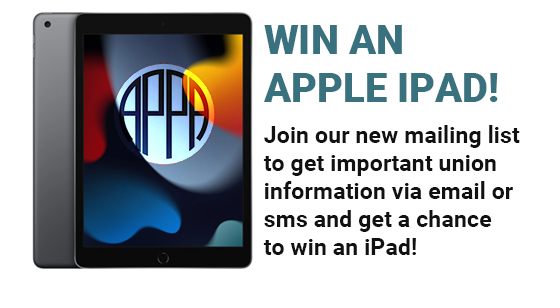